When the largest cell-Ovum and the smallest cell-Sperm in the human body met, everyone went through a 10 months incredible trip in their mother's womb…...
ART Journal
其他
Consultation
2022-05-06
Author: Novia
Translator: Lydia

The adventure of sperm

Sperm is the tiniest cell in the body while ovum is the biggest. The Egg is 180 times the size of the sperm. Testicles produce more than 1000 sperm per second. There are about tens of millions of sperm in each ejaculation, but only 200-300 sperm can reach the oviduct.  Till the end only the fated one can fertilize the egg.

On average, it takes 1-1.5 hour for sperm to swim from vagina to oviduct. Most of the sperm die due to the low PH environment of vagina, only a little number of sperm pass through the cervix and reach the uterus within 1 hour. After 1-2 hour of hardwork-swimming, the chosen champion sperm finally gets to the tubal ampulla  and fertilizes with egg. 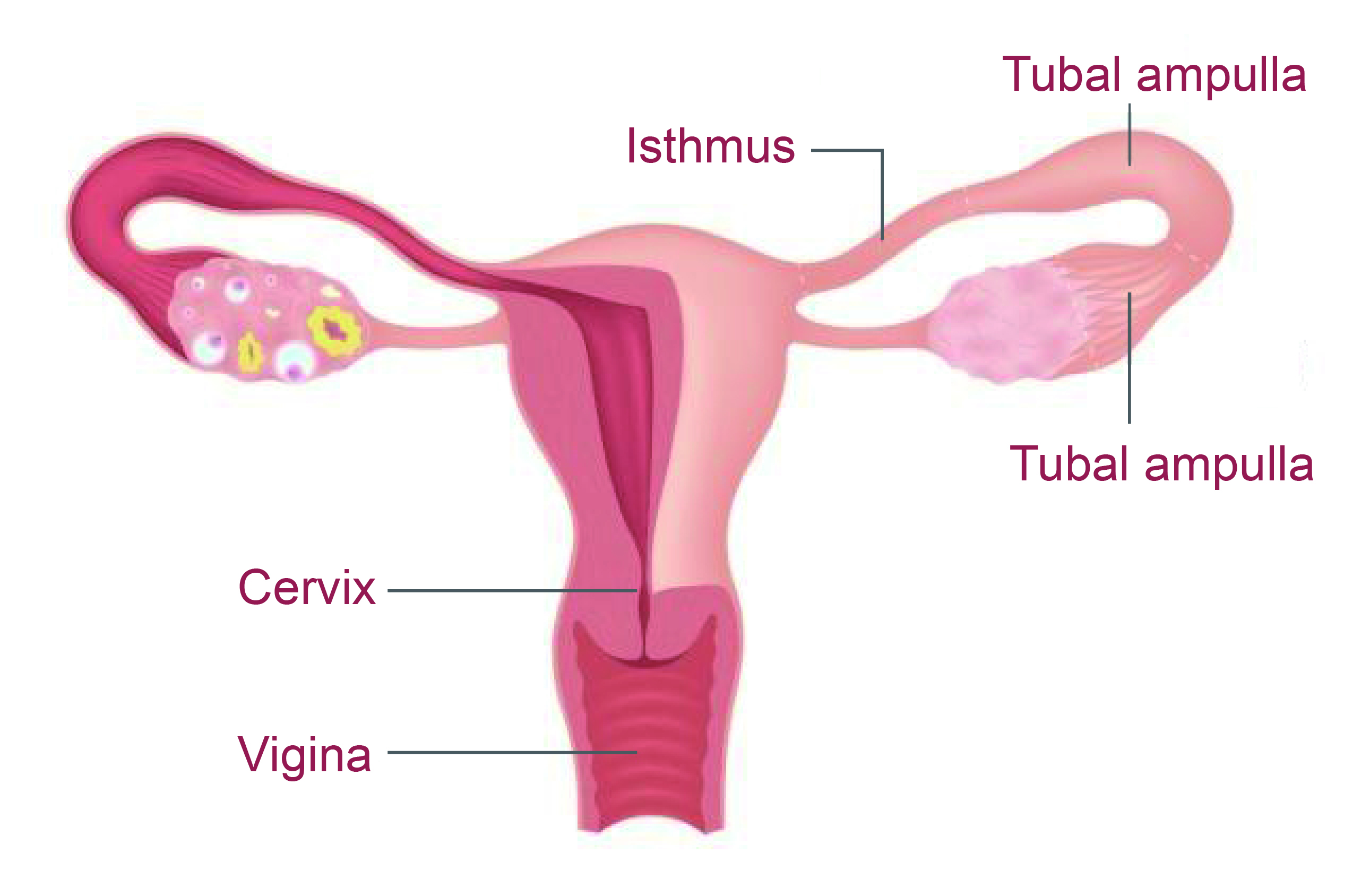 This is the way which mimics natural fertilization in a woman's body. Put proper concentration of sperm around the ovum, and sperm will secrete the specific enzyme which digest the cumulus cells. After digesting, the chosen sperm will pass through the zona pellucida and get into the ovum. When the fated sperm get into ovum, the zona pellucida will turn hard which blocks other loser sperm from getting into the ovum. 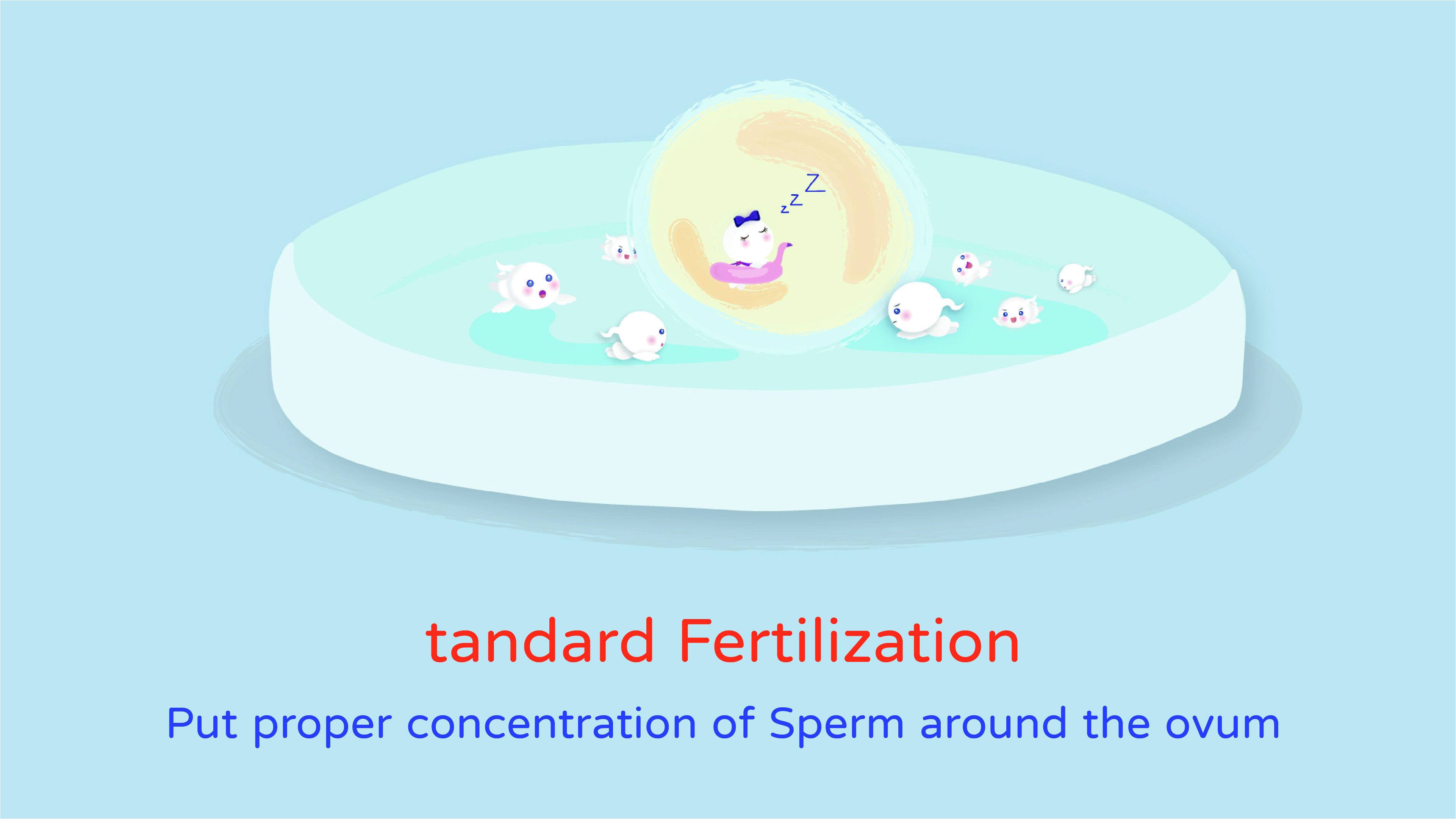 Embryologists use the enzyme to digest the cumulus cells around the ovum and choose the sperm with better activity along with well morphology under microscope. Embryologists inhale the processed sperm with a fine-special-glass needle directly into the ovum to make it fertilized. 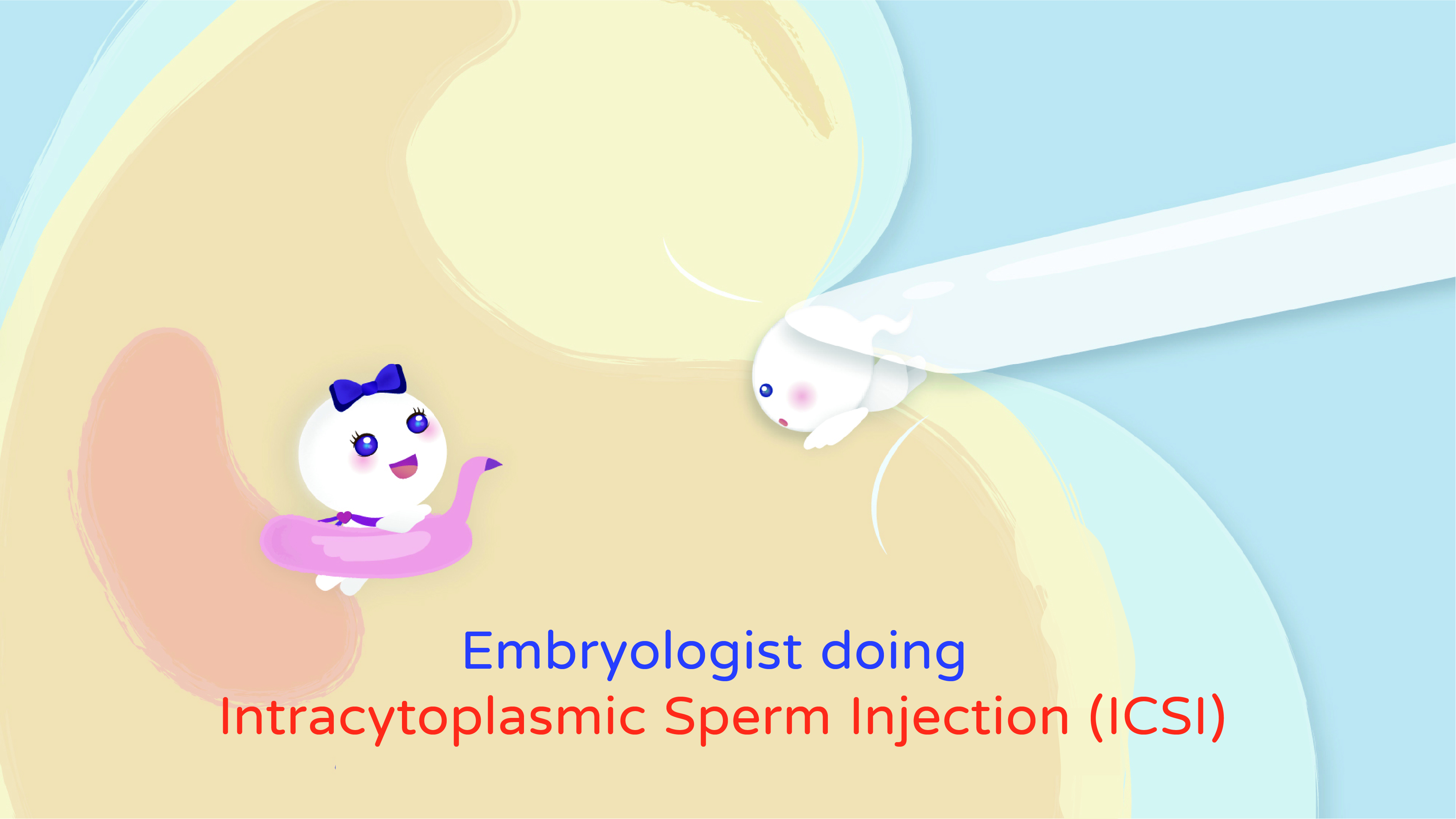 【Teaching program of Stork Fertility】Boy or Girl? Is It Possible To Segregate Semen?

After fertilization 16-18 hours, we can see two nuclei in a cytoplasm of a normal-fertilized ovum, which is called a fertilized egg(zygote). One nuclei is from mother(egg) and the other is from father(sperm)

The fertilized egg keeps mitosis when moving from oviduct to uterus. After fertilizing 48 hours, it completes twice cleavages and gets into the four-cell-stage.

When cleavage proceeds to 8 cells, it gets into the eight-cell-stage.

*The splitting of blastomeres split may easily cause independent division and development forming twins.

1.The outer layer of the blastocyst forms trophoblast cells (TE cells), which develop into the placenta after implantation.

2.The inner cell mass (ICM) in the blastocyst is an embryonic stem cell, which arbitrarily differentiate into all type of tissues and become a fetus in the future. 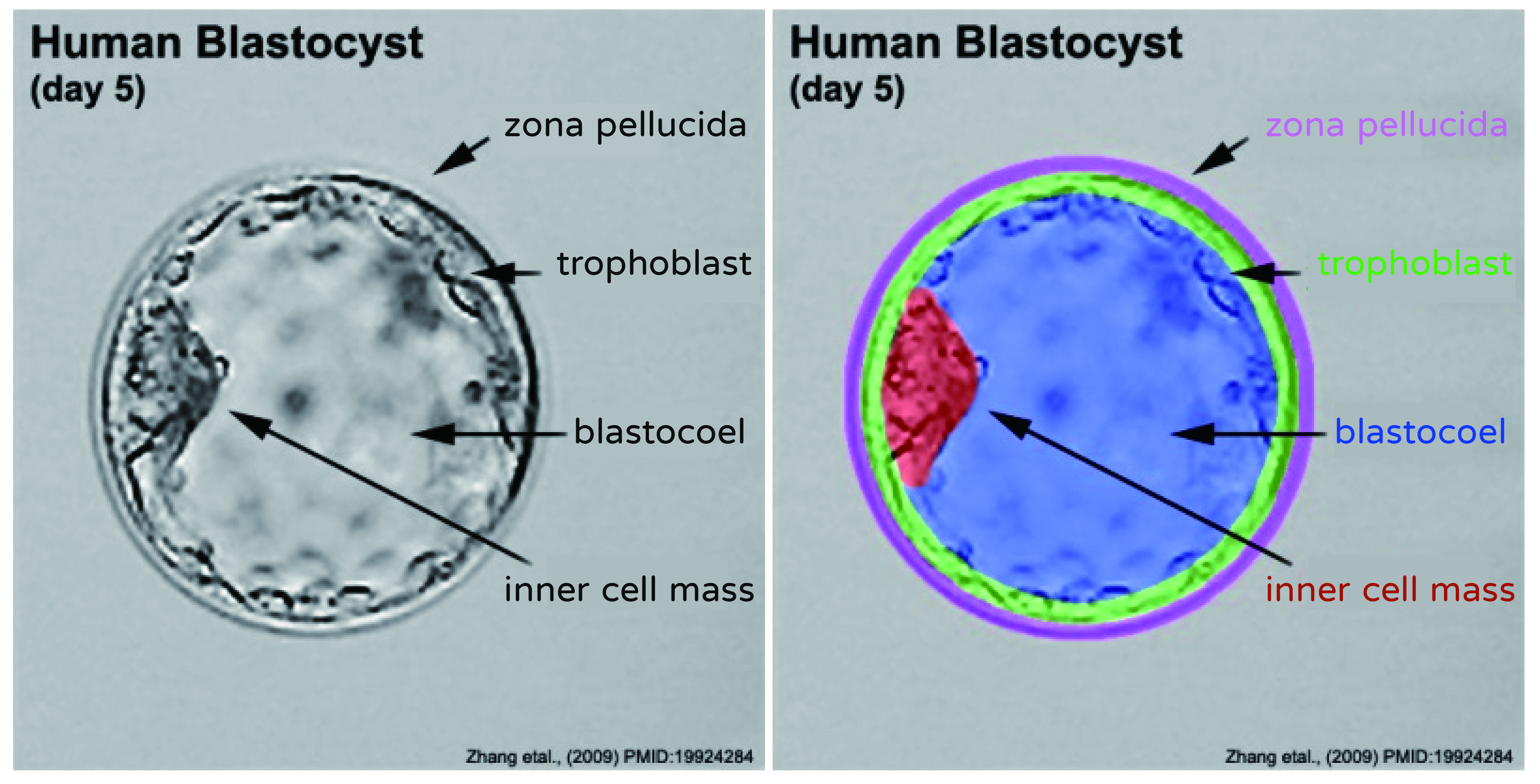 Blastocyst begins to have the ability of implantation. The blastocyst hatches from the outer shell (the zona pellucida) and attaches to the endometrium which provides nutrition for  rapid growth.

*If zona pellucida is too thick or too hard to be broken by blastocyst, it will lead to the implantation failure. Fortunately, we can use laser assisted hatching (aha)  in the Stork Fertility Center to help the blastocyst hatches from the zona pellucida and implant into the endometrium. 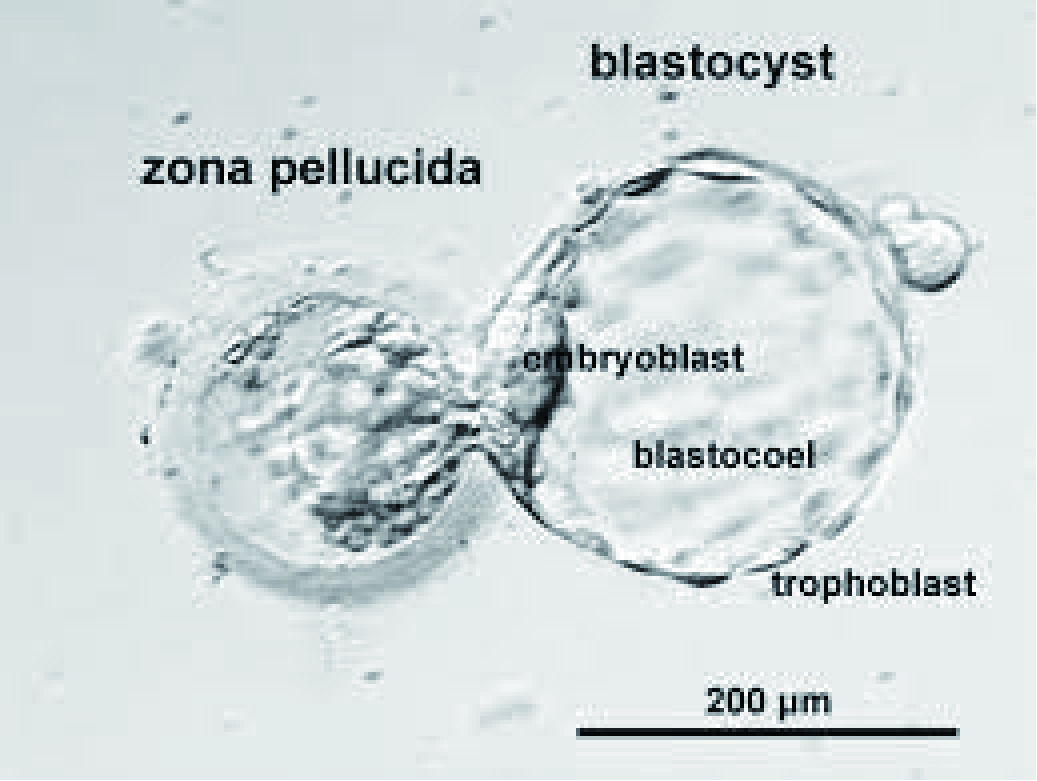 The blastocyst which hatches from the zona pellucida is ready for implantation into the endometrium.

Not only estrogen(E2) but also progesterone(P4) is required for endometrium. So, we use medicines containing E2 and P4 to open the implantation window (proper time for implantation).

1. Apposition: Blastocyst is activated to have the ability to adhere to endometrium.

-Further Reading : When do endometrium is ready for embryo?

2. Attaching :  The blastocyst will roll over endometrium after hatching from zona pellucida, finally finding a proper place to attach to endometrium tightly.

3. Invasion : The trophoblast cell of blastocyst will begin to invade the blood vessel and the matrix of the uterus which provide the oxygen and nutrients from the mother. In this period, it is okay for the mother to have some pink or brown bleeding which is called  decidual hemorrhage.