For a woman, the age is the biggest factor affecting fertility. The older women are, the poorer eggs quality they have. Not only the fertilization rate, blastocyst implantation rate, pregnancy rate, but also even if they are pregnant, their abortion rate, fetal chromosomal abnormality rate, risk of delivery, are higher than younger women.
ART Journal
Reproductive Technology
Consultation
2020-12-17
Author: Stork Fertility Center

Modern people have the phenomenon of late marriages and late child-birth. For a woman, the age is the biggest factor affecting fertility. The older women are, the poorer oocytes quality they have. Not only the fertilization rate, blastocyst implantation rate, pregnancy rate, but also even if they are pregnant, their abortion rate, fetal chromosomal abnormality rate, risk of delivery, are higher than younger women. Through medical tests and examinations, we can know our ovarian function in advance, and let women who are on the journey of having babies to know their own natural conception rate.

FSH is a gonadotropin, a glycoprotein polypeptide hormone. It is synthesized and secreted by the gonadotropic cells of the anterior pituitary gland, and regulates the development, growth, pubertal maturation, and reproductive processes of the body.

When FSH is above than 10, it is more predictive.
However, 75% of women's ovarian reserve has declined, and this hormone is still within the normal range.
Once it is detected that this hormone has risen, it is usually too late.

AMH is expressed by granulosa cells of the ovary during the reproductive years. It declines with age and oocytes. Due to its high sensitivity, stability and low volatility, it has become the most important indicator for assessing the ovarian reserve.

Inhibin B is a sensitive marker of ovarian follicle development and produced by granulosa cells in the ovary, is a heterodimeric glycoprotein suppressing synthesis and secretion of the follicle stimulating hormone (FSH). If the inhibin B on the third day of the period is less than 45 (pg/ml), it means that the ovary may not well respond to ovulation drugs. This hormone has great variability in the period, and it is recommended to evaluate on the second day to the third day of menstruation.

At birth, a female fetus has 1 to 2 million immature eggs called oocytes inside her ovaries, which are all the eggs she will ever produce. By the time a girl enters puberty, about 200,000 of these eggs remain. Approximately 300 to 400 of the remaining eggs will be ovulated during a woman's reproductive lifetime.There is quantitative eggs are screened out in every cycle, but when it is ovulating, only one egg will win, and the other eggs will automatically apoptosis. Therefore, when the menstrual cycle comes, the number of follicles in the ovary can be checked by the transvaginal ultrasound. If the total amount of follicles on both sides is less than 4, it means that the amount of ovarian reserve is not much, which can be clinically correlates with AMH.

However, don't just trust the clinical values, because these indicators or the results of the test only present the status of the current ovarian function, rather than predicting the outcome of pregnancy. As long as we grasp the prime time of pregnancy and do not give up easily, I believe that the happiness in the future will not be too far away. 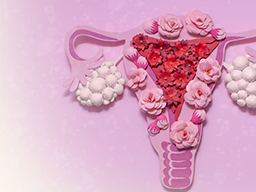