With congenital premature ovarian failure and a small uterus, I have sought medical treatment countless times, but in the end I was diagnosed by the doctor that I would not be able to have my own baby in my whole life, unless I go to the United States to do IVF by donor’s eggs.
Patient Testimonial
IVF
Consultation
2022-03-11
Author: 客戶分享
Translator: Dorothy

With a small uterus and congenital premature ovarian failure, the doctor diagnosed that I was unable to get pregnant.

With congenital premature ovarian failure and a small uterus, I have sought medical treatment countless times, but in the end, I always got the conclusion that I would not be able to have my own baby in this life. I rely on drugs to maintain menstruation every month, unless I go to the United States to do IVF by donor’s eggs. At that time, I didn’t understand. I had been seeing a traditional Chinese doctor then. I, who had not taken medicine since childhood, drank two big bowls of Chinese medicine every day, which is difficult to swallow. After a few years of Chinese medicine treatment, the uterus and endometrium were basically normal. My sister needed to do IVF because her fallopian tubes were occlusive, until then, I learned that there are secret surrogacy agencies in China. I contacted an agency in a mood to give it a try, and came to Shanghai, where there was a People's Liberation Army hospital.

The secret egg source is unreliable, Taiwanese egg donation is legal and cost-effective.

After knowing the price and different packages, which included guarantee giving birth to boys, girls or twins, and no success-guarantee. Due to economic conditions, I chose no success-guarantee package. I picked the girl by the photo and I met her in person. She was a 21-year-old college student (I don’t know why the girl wanted to donate eggs...). I met the girl and paid a deposit of 30,000 RMB, then went home and waited for the news. They said that the girl needs to do a series of tests so I just waited for the girl's test report at home. After I told my relatives, I felt it was unreliable, so I decided to stop this program. I contacted the agency to cancel the operation, but the deposit was not refunded for breaking the contract. Later, through a friend, I asked for some money back. After back home, I learned from the internet that there are service organizations that can provide overseas egg donation. Finally, I chose Taiwan Stork Fertility Center, which is more cost-effective.

Knowing that egg donation is legal in Taiwan, I started the IVF treatment in Taiwan without any worries. It needs only two trips to Taiwan to finish the treatment. For the first trip, it is for examinations such as semen analysis and taking medication to make sure the endometrium thickness. After the embryos are cultured and I am prepared physically, the transfer can be scheduled.

Local inspections with operation in Taiwan, speeding up the progress of the treatment

By doing pre-examinations and being prepared in the local fertility center, the progress would be faster in the future. Strengthening exercise, well rest, and nutrition supplement (such as soaking feet to get warm, going to bed and getting up early. I lived a regular and healthy life in those 6 months.)I remembered that endometrial thickness grew from 6mm to 10mm. (It's been a long time and I forgot, anyway, it met the transfer standard.) Services in Taiwan medical centers are really far from that of our local hospitals. It was like enjoying five-star hotel service compared to our crowded local hospital. The doctors and nurses were all friendly and all the procedures were done properly. I basically didn't worry about anything.

Implant a good blastocyst and successfully had a baby.

Let me talk about my embryo! 21 frozen eggs and 8 blastocysts were developed. 2 AB, 1 BA, 1 AC, 1 BB, 3 BC, the results were quite satisfactory. I intended to implant two embryos for the first time (In our local hospital, usually two embryos were transferred, and if implanted successfully, it would be singleton or twins). However, the doctor of Stork Fertility Center suggested that I implant one embryo at a time, because I was young and the success rate was high. After all, twins have higher risk and there may be many complications during the pregnancy, so I took  doctor's advice to transfer one embryo.

After implantation, I stayed in a Taiwan hotel for three days before taking the plane back home. When I got home, I stayed in bed all day. (There are various opinions on the Internet, for example: Do not need to be in bed all the time. but I still didn’t dare to move around and insisted on resting in bed). From the eighth day after the implantation, I did pregnancy tests every morning until the obvious parallel bars appeared on the 14th day. I went to the hospital to test the hcg value, it was over 1000! Until then did I feel relieved. I suffered from morning sickness at the beginning of the pregnancy, and the urine test index was high so I stayed in hospital for a week. At the end of 38 weeks of pregnancy, I gave birth to a 6.2-pound (about 3100g) little princess. It is really lucky that one-time implantation was successful. I hope that anyone who wants to get pregnant can get luck from me. I am so thankful for Taiwan Stork Fertility Center so I can be a mother! 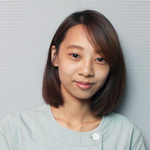